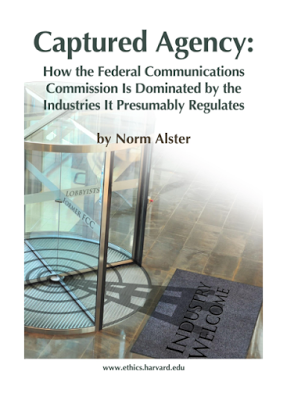 The Harvard Edmund J. Safra Center for Ethics published an expose “Captured Agency”  by investigative journalist Norm Alster on the financial ties between the US federal government’s  Federal communications Commission (FCC) and how, as a result, the wireless industry has bought inordinate access to—and power over—a major US regulatory agency. Alster describes how  the FCC is a “captured agency” meaning it is controlled by the industry it is supposed to be regulating- like the wolf watching the henhouse.

Captured Agency compares the Wireless industry to the tobacco industry in terms of the lobbying and the strategies used to influence public perception. The report describes how the telecom industry is using the same playbook as tobacco.