France[1] and Russia[2] have current laws to minimise Wi-Fi exposure to children in schools. These two countries have the world’s longest research history on health effect of microwaves, both over 100 years.

1. Too many devices for long periods of time = chronic exposure

Much of the research has focused on the effects of mobile phones, but there is already some research on chronic exposure to 2450 MHz frequency microwaves, including Wi-Fi devices. The problem in Wi-Fi routers lies in children’s chronic (24/7) exposure to pulsed microwave radiation. Isn’t that reason enough to minimise children’s risks in classrooms?

2. It can have damaging effects on our bodies

Wi-Fi and cell phone data is transmitted by pulsed microwave radiation. This creates a continuous electromagnetic field (EMF) exposure in which we are engulfed. When you browse the world’s largest EMF research database [3], it reveals the effect of Wi-Fi in two areas:

Fertility damage is seen in animal and cell studies showing reduced motility of sperm and testes malfunction. Oxidative stress is seen both in animal and cell (in vitro) studies, indicating a risk of inflammation also to Wi-Fi users [6]. Chronic inflammation leads to diseases to which children and pregnant women are especially susceptible because child and fetal cells are still growing, their bones are softer, and they absorb more radiation. Women’s immune systems are suppressed during pregnancy so they are more vulnerable to radiation too.

The Council of Europe warns about installing routers in schools and recommends a 100 µW/m² precautionary level in classrooms [7]. When a Wi-Fi router is installed in a classroom these levels can reach 30.000 µW/m² (peak value). In many schools, Wi-Fi routers are attached to the ceiling of the classroom. This may be particularly risky, because the router uses microwave radiation to transmit its device ID continuously, even when there is not a single wireless device connected to it. Often the router is rather close to children’s and teachers’ heads [8] and these signals enter one’s body as they travel through walls, ceilings and floors. 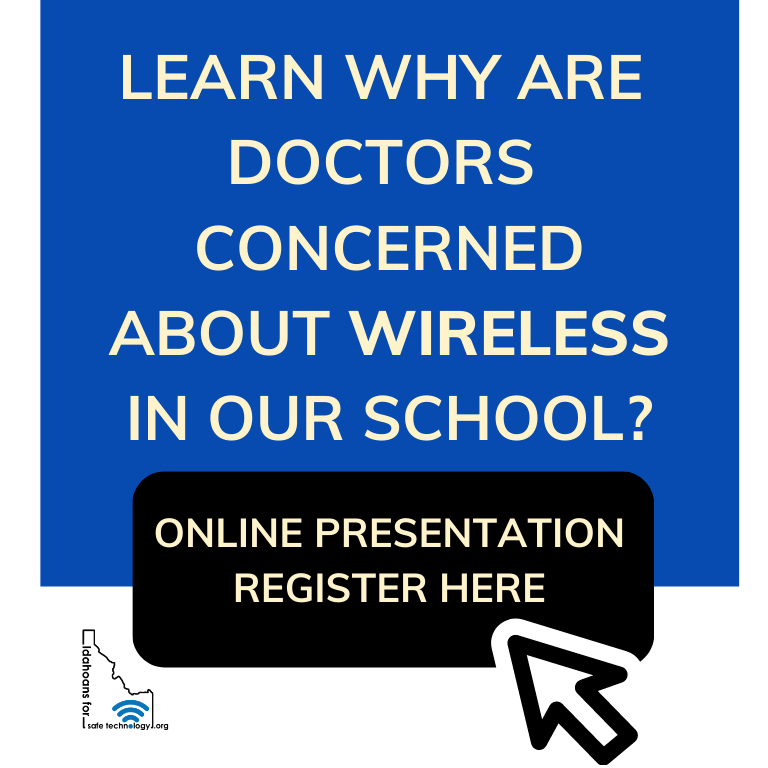